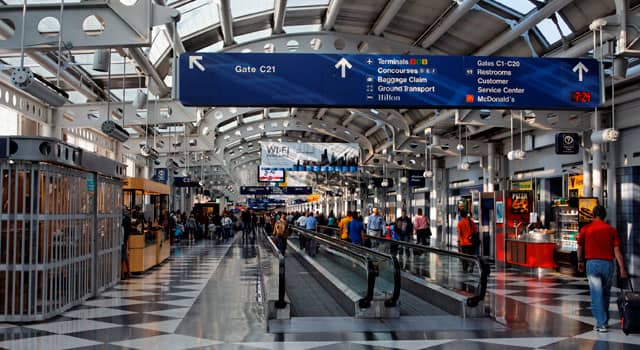 Chicago, once defined as “the most American of cities” by writer Irvine Welsh, is the birthplace of skyscrapers and has charming waterfronts and vibrant art scenes. There are fascinating nature scenes in the vicinity as well as lakes, intact green and waterfalls. The city is also famous for cultural events such as blues clubs, music festivals and an addictive sports culture.

Apart from these beauties, Chicago is an important financial centre. Housing the second richest financial district in the U.S. the city also has some major companies’ headquarters such as Boeing, McDonalds and Motorola.

There are 5 airports in the city serving only the city of Chicago.

The Airports in Chicago

As seen in the high volume of airports, Chicago Private Jet Charters are quite common and widely used. The charter flights can be planned to all 5 airports in Chicago depending on your needs. There are comfortable and satisfying facilities for your needs in the airport including conference and meeting rooms, refreshment services, exclusive lounges and car rental services. There are vast opportunities for aircraft hangarage, too.

How to Use Chicago Private Jet Charters

In order to benefit from a time-saving and comfortable Chicago Private Jet Charter, all you need to do is to call Avione Jet. With upscale services tailored to your requests, you will have an unforgettable travel to Chicago. For your travels to Chicago, you can contact us by phone, e-mail or online inquiry forms on 7/24 basis.