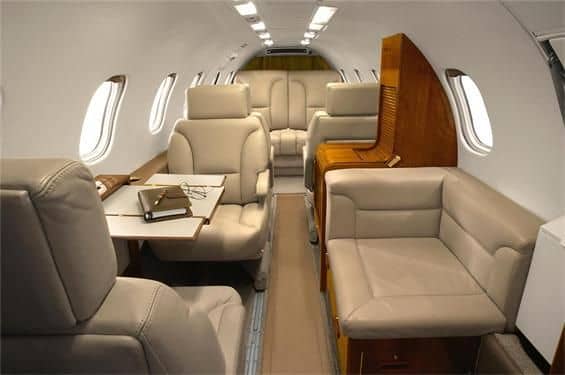 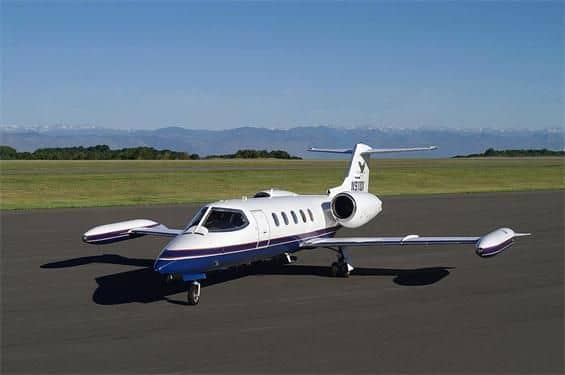 A Lear 35 is a twin engine business jet produced by Learjet, a Bombardier company. It is known to be one of the fastest light jets and boasts speeds exceeding 530 mph. A Lear 35's typical configuration is ten seats (two crew and eight passengers). The Lear 35 was first introduced in 1973 and was in production until 1994. As one of the most common light jets, the Lear 35 has an impressive range of over 2000 Nautical Miles. To further increase the range of the Lear 35, Learjet introduced the Lear 36, which added nearly 500 miles buy reducing the cabin length. The Lear 35 or 36 would be ideal for an executive charter flight from Chicago to Phoenix.